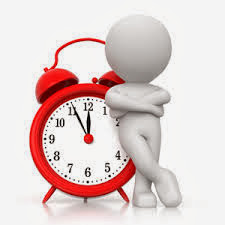 Why take so long to get a reply? This is always what I've experienced every time I make transactions with Philippine Government agencies. Not only in the Philippines itself but even if they are based in another country. I will just share my experience in regards to it. A couple of months ago I submitted papers on reporting our marriage to Philippine Embassy in Australia, well the requirements is a lot. You need to submit in quadruplets on all the requirements needed such as all pages of the passport, certificate of marriage, birth certificate and etc. In addition to it you need to have it certified all of the pages you've photocopied. It takes me ages to get those papers certified and done, I have to divide those papers to be certified by different authorized people that will certify because I don't think they are happy handling about 30 or more  pages all up. Well, that's not the only things they do, they still have customers to deal with just like having papers certify in a chemist or doctor.

At last all requirements are certified, now is the time to send it to Philippine Embassy. After days, weeks of waiting there is still no presence of  Philippine Embassy mail in my mailbox. Since I really need it done, I gave them a ring and followed it up. A woman answered the phone and said it has just been processed. What? After all those times, still haven't processed yet? A couple of weeks passed by I received a registered mail and I was hoping it was it because I really need it so badly to have my appointment in passport renewal, for it is one of the requirements in changing my surname to.

We went to the post office, I was excited and at the same time expecting a nice printed Report of Marriage certificate. The post man handed me the enveloped, when I opened it, I saw the same papers I sent last time with just a stamped that is as big as a button at the bottom part. I said to myself, how long does it take for them to put the stamped in that paper and why it takes 6 weeks to send it back to me? I cant help but compare, if you send something important here in Australia it only takes days the longest is probably 5 days and the most awaited mail will be in your mailbox straight away.

I am not degrading Filipinos and my country but I think it needs to be changed because it such a shame.
Posted by Unknown at 5:10 PM No comments: 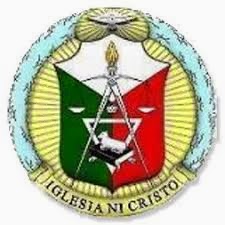 Iglesia ni Cristo is an indigenous religious organization that originated from the Philippines. The church was founded by Felix Manalo when he officially registered the church with the Philippine Government with him as executive minister on July 27, 1914 and because of this, most publications refer to him as the founder of the church. Felix Manalo claims that he is restoring the church of Christ that was lost for 2,000 years. The Iglesia ni Cristo is widely regarded as very influential due to their ability to deliver votes through block voting during .


Today, religious sects are flourishing in the Philippines. Some of these have been brought in by missionaries, but others are indigenous having sprouted and grown in the Philippine soil without being introduced or supported from other countries. One of the best known of the latter type is the Iglesia ni Cristo, which came into being in 1914 through the preaching of Felix Manalo. Its more or less distinctive chapels have become familiar landmarks in many cities and towns of the Philippines. Its membership appears to be increasing yearly; and it exercise a measure of influences in the political life of the nation. "

Posted by Unknown at 7:07 PM No comments:

Email ThisBlogThis!Share to TwitterShare to FacebookShare to Pinterest
Labels: Iglesia ni Cristo, in the Philippines, religion

Religion in the Philippines

he Philippines proudly boasts to be the only Christian nation in Asia. More than 86 percent of the population is Roman Catholic, 6 percent belong to various nationalized Christian cults, and another 2 percent belong to well over 100 Protestant denominations. In addition to the Christian majority, there is a vigorous 4 percent Muslim minority, concentrated on the southern islands of Mindanao, Sulu, and Palawan. Scattered in isolated mountainous regions, the remaining 2 percent follow non-Western, indigenous beliefs and practices. The Chinese minority, although statistically insignificant, has been culturally influential in coloring Filipino Catholicism with many of the beliefs and practices of Buddhism, Taoism, and Confucianism.

The pre-Hispanic belief system of Filipinos consisted of a pantheon of gods, spirits, creatures, and men that guarded the streams, fields, trees, mountains, forests, and houses. Bathala, who created earth and man, was superior to these other gods and spirits. Regular sacrifices and prayers were offered to placate these deities and spirits--some of which were benevolent, some malevolent. Wood and metal images represented ancestral spirits, and no distinction was made between the spirits and their physical symbol. Reward or punishment after death was dependent upon behavior in this life.

Anyone who had reputed power over the supernatural and natural was automatically elevated to a position of prominence. Every village had its share of shamans and priests who competitively plied their talents and carried on ritual curing. Many gained renown for their ability to develop anting-anting, a charm guaranteed to make a person invincible in the face of human enemies. Other sorcerers concocted love potions or produced amulets that made their owners invisible.

Upon this indigenous religious base two foreign religions were introduced -- Islam and Christianity -- and a process of cultural adaptation and synthesis began that is still evolving. Spain introduced Christianity to the Philippines in 1565 with the arrival of Miguel Lopez de Legaspi. Earlier, beginning in 1350, Islam had been spreading northward from Indonesia into the Philippine archipelago. By the time the Spanish arrived in the 16th century, Islam was firmly established on Mindanao and Sulu and had outposts on Cebu and Luzon. At the time of the Spanish arrival, the Muslim areas had the highest and most politically integrated culture on the islands and, given more time, would probably have unified the entire archipelago.

Carrying on their historical tradition of expelling the Jews and Moros [Moors] from Spain (a commitment to eliminating any non-Christians), Legaspi quickly dispersed the Muslims from Luzon and the Visayan islands and began the process of Christianization. Dominance over the Muslims on Mindanao and Sulu, however, was never achieved during three centuries of Spanish rule. During American rule in the first half of this century the Muslims were never totally pacified during the so-called "Moro Wars." Since independence, particularly in the last decade, there has been resistance by large segments of the Muslim population to national integration. Many feel, with just cause, that integration amounts to cultural and psychological genocide. For over ten years the Moro National Liberation Front has been waging a war of secession against the Marcos government.

Posted by Unknown at 7:06 PM No comments:

Email ThisBlogThis!Share to TwitterShare to FacebookShare to Pinterest
Labels: life in the Philippines, Philippines, religion

When traveling the world it is always a problem understanding what is good to eat and what is not. Some of the fruits of Asia are so different that it takes a brave man to taste everything.

The tropical climate of the Philippines makes it possible for the soil to grow some delicious exotic fruits. Most of these exotic fruits are of South American origin and brought here by the West Indies, Spanish or the Americans. These heavenly fruits can be found fresh in the local market for cheap prices.

- undeniably Philippine mangoes are the sweetest and juiciest in the world. Recorded in the 1995 World Guinness Book of Records as the sweetest fruit. The sweetest mangoes come from the province of Zambales and Guimaras in IloIlo.

MORE EXOTIC FRUITS FROM THE PHILIPPINES....

Chesa (Lucuma) It has the texture of squash or the yolk of a boiled egg.

Aratiles (Jamaica Cherry, Muntingia) These cherries are very sweet. The sweetness brings with it an excellent taste, because it has a lovely fragrance that makes people keep on eating them. These cherries are often eaten by children because they taste quite like cotton candy.
Posted by Unknown at 7:00 PM No comments: